Shure, a leading manufacturer of microphones and audio electronics is proud to announce that The Thursford Christmas Spectacular upgraded to the Axient Digital Wireless system for its run of 2021 shows.

The Thursford Christmas Spectacular is a truly unique place and completely different to any other show you’ll come across. The extravaganza is a fast-moving celebration of the festive season, featuring an eclectic mix of both seasonal and year-round favourites. With a cast of over 130 members, consisting of a 30-piece orchestra, a 60-piece choir, 24 dancers, a comedian and speciality acts from all over the world, all performing to 1400 audience members on a stage that’s 140ft wide, it is the biggest show of its kind in Europe. Musically, the show consists of a variety of performances ranging from classical choral arrangements to Christmas rock ‘n’ roll! 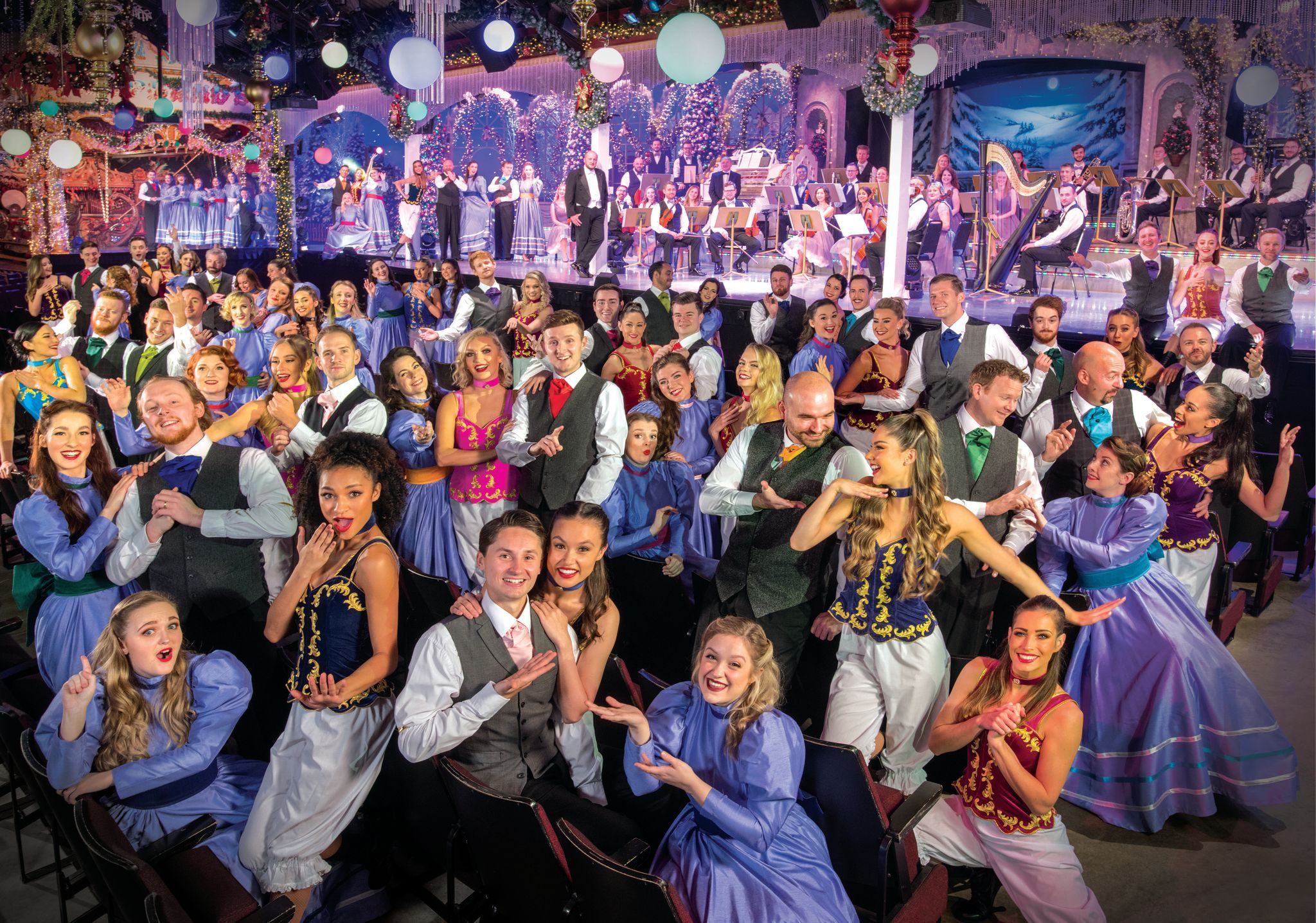 The show uses 26 head microphones and 10 handheld transmitters for its singers, which enables the choreography team to position performers anywhere on the stage or within the auditorium. A further 26 belt packs accommodate the majority of the orchestra’s instruments. There’s no orchestra pit at Thursford, so the musicians will perform from multiple locations around the stage and venue. Essentially if they’re capable of carrying their instrument whilst playing it, they’ll have a radio system on them.

We started using Axient Digital in September 2021. We use 70 RF channels here at Thursford and when the 700mhz clearance program was put into place, we had to replace 14 channels of UHFR, so Axient Digital was the obvious and easy choice. In fact, taking into account our existing fleet of UHFR had been hugely reliable but there was no other choice for me really. We’re in the middle of the North Norfolk countryside and quickly popping out to pick up last minute replacements for unreliable kit is not an option for us. Also, the Axient receivers would be a straightforward replacement of our 700mhz UHFR units, connecting into our existing audio, networking and RF distribution.

The Thursford Christmas Spectacular is a variety show, creating logistical challenges with the technicians at the radio mic desk. The 26 head microphone systems and 10 handheld transmitters accommodate the singers, but with different performers taking various lead step out positions throughout the show, there’s genuinely no two performances that are the same in their run of 80 shows. The RF technicians have to work out their complex and unique mic plots for every show. In 2021, Covid added additional procedures of disinfecting cables and transmitters meaning it really is very busy during the shows. 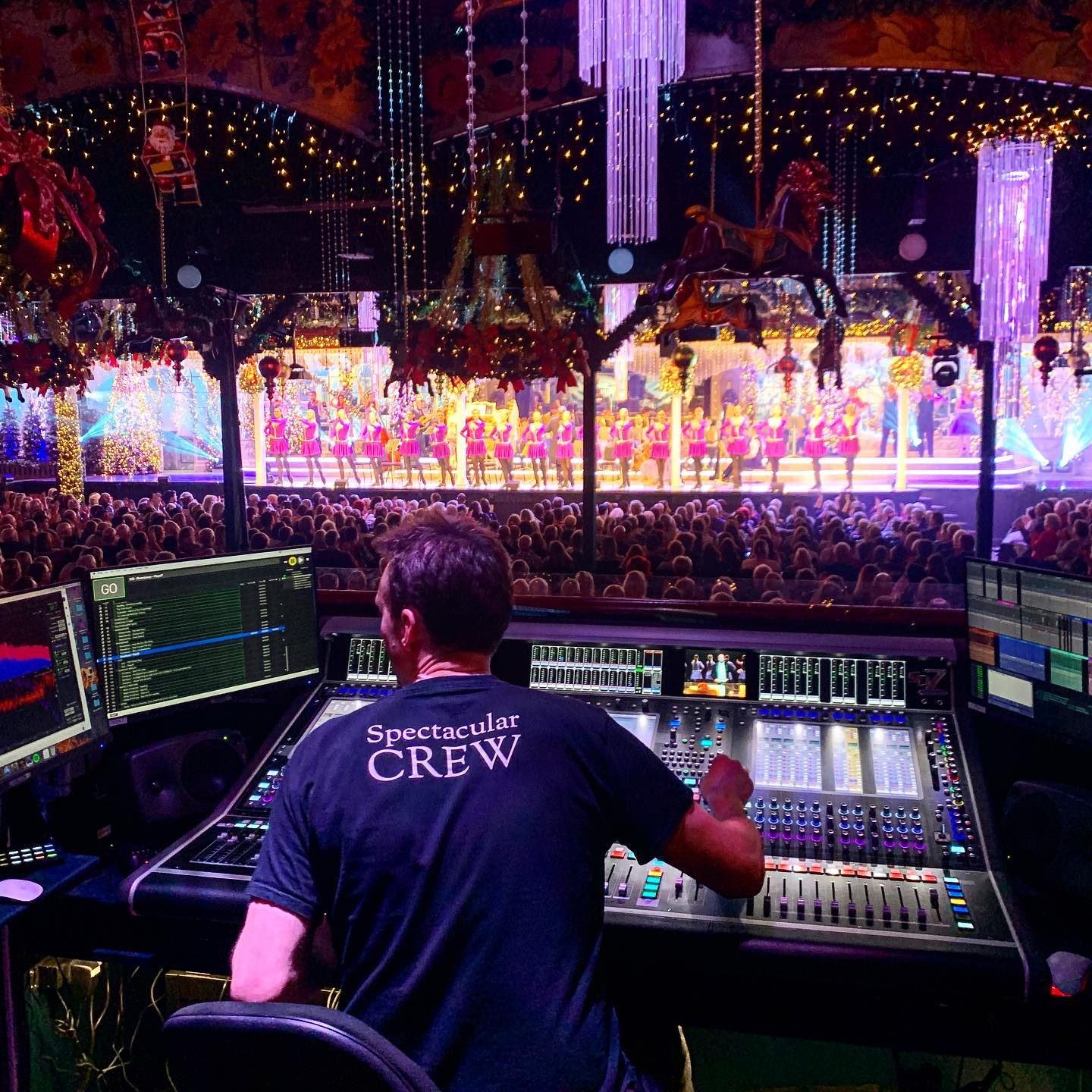 I think the main challenge for us was to seamlessly achieve the same number of wireless channels in a smaller RF window. With the support from Shure, Axient has enabled us to do this effortlessly. Losing 700mhz, and subsequently 14 channels within this bandwidth, was initially a concern for me but our new Axient equipment has allowed us to be ultra-efficient with our frequencies, within a smaller RF window, not only maintaining our number of radio microphone and IEM channels but giving us flexibility to potentially add more in the future. The ShowLink has also been a great help with the RF technicians backstage, monitoring and adjusting transmitters on the fly is a luxury we’ve not had before.

Kieran first used Shure Axient Digital whilst working with a production company from Norwich who had invested in lots of channels and was very pleased with the familiarity of the products.

Our musicians love the new Axient ADX1M transmitters. They’re so lightweight and discreet, with no antenna, we’ve actually mounted the units in specially designed pouches, on multiple handheld instruments within the orchestra like Trumpets, Trombones and Tubas. Monitoring and changing transmitter parameters on the fly has been great. Even little touches like charging units connected to wireless workbench for glancing at quickly or listening and monitoring RF channels on other Dante enabled Shure receivers from the one unit has been of great help in a busy backstage environment. The battery system has saved lots of time and effort with the turnaround between shows. It takes a lot of time to re-battery 70 channels of radio systems with dry cells; we used to get through 240 batteries a day. The Axient rechargeable batteries and chargers are a big-time saver for us and contribute to reducing waste. Shure has been very supportive, especially Peppe with our RF coordination. A huge thank you to him for liaising with myself, on multiple occasions, to make sure every channel would operate perfectly in our RF environment. He also supported me with amendments to our license working alongside Ofcom which was a huge help. The Shure UK service department has also been fantastic to deal with. Any kit requiring service or repair is dealt with very quickly indeed with turnaround times sometimes being just days - exactly what I need for our substantial RF setup.

The Thursford Christmas Spectacular is exactly the kind of show Axient Digital was designed for: a mission critical series of events that requires absolute reliability. I have been pleased to be able to support Kieran and the cast with a smooth transition to the system and we are proud to see the show running smoothly time after time.