For Another Year, the GRAMMY Awards Rely Heavily on Shure Gear to Support the Audio Needs of “Music’s Biggest Night” 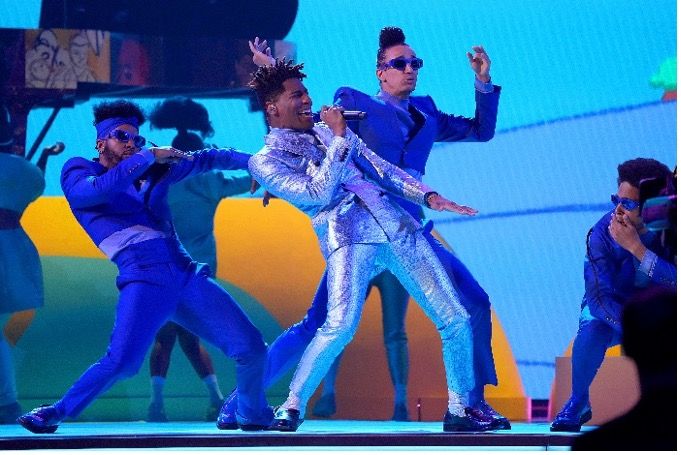 Broadcast live for the first time ever from the MGM Grand Garden Arena in Las Vegas, the 64th GRAMMY® Awards were full of meaningful moments and performances supported by the reliable and high-quality sound of Shure wireless audio technology. As in years prior, the majority of the night’s performances featured Shure Axient® Digital wireless microphones used by the industry’s most iconic names and innovative artists, including Jon Batiste, winner of Album of The Year.

The evening kicked off with a funky performance from Bruno Mars and Anderson. Paak as Silk Sonic. The retro soul-funk artists relied on Shure wireless microphones as they performed their hit, “777.” Later that evening, Silk Sonic won four GRAMMYs. Behind the scenes, Chris Rabold, FOH mixer for Silk Sonic, was overseeing their performance with the support of Shure Axient Digital. 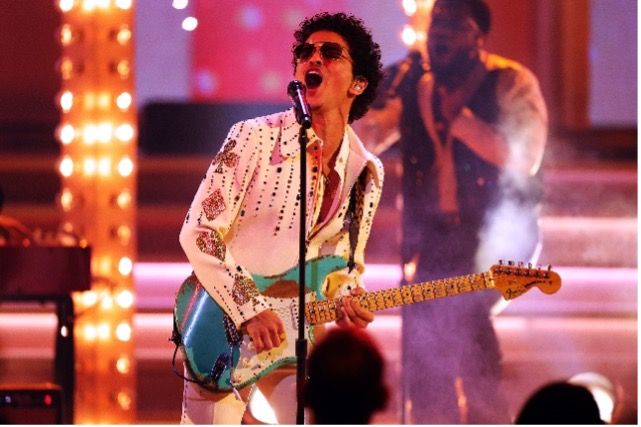 Having Bruno and Anderson and the whole Silk Sonic gang on Axient Digital for not only the Grammys, but for their Las Vegas residency is just such a no brainer. There are things you do, decisions you make, from a live audio perspective that are done out of preference and then there are the things you do because it’s simply the smart move. For us, Axient is the latter of the two. It’s the most stable, most reliable, best supported and, most importantly, best sounding option available. Period, bottom line. And it has been for a while. Bruno, specifically, is too smart, too aware and too involved of an artist for us to use anything less than the very best. I mean that.

The Live Broadcast of the 64th GRAMMY Awards show was overseen by Audio Producer, Michael Abbott and his long-time team of accomplished audio engineers and sound technicians.

Our team knows we can depend on Shure gear to capture the high-quality sound of the GRAMMY Awards. Shure consistently provides a reliable frequency coordination solution for in-ear monitors and wireless microphones for the artists performing on the broadcast. 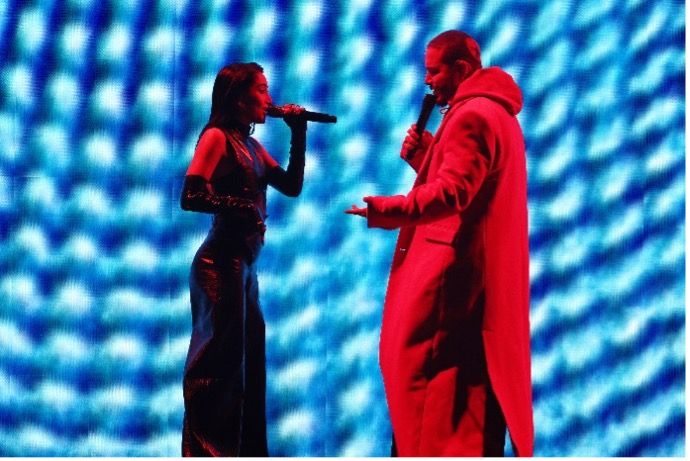 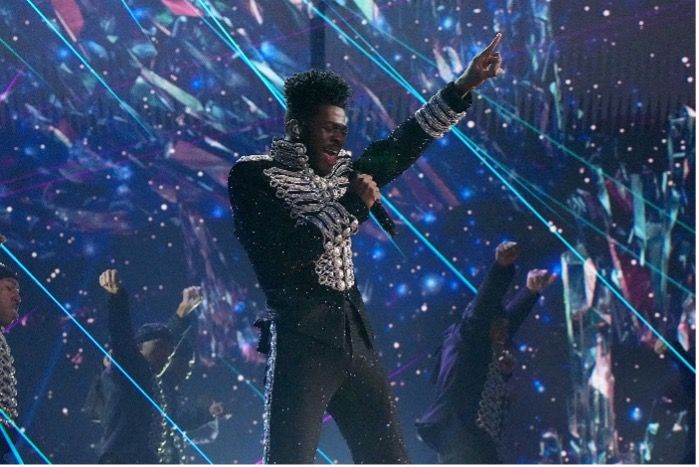 All of these performances relied on the clarity and flexibility of Shure Axient Digital Wireless. Key supplier ATK Audiotek made this possible by providing the sound system design and implementation for the show. Overall, the GRAMMYs relied on 28 channels of Shure Axient Digital. The production handheld microphones were all Shure KSM9’s and the lavalier microphones were Shure TwinPlex TL47. Nearly every performance the entire evening depended on the Shure PSM® 1000 in-ear monitoring system, totalling 34 channels. Notably, 250 Shure hand-wired microphones were orchestrated throughout the event on the many instruments that graced the GRAMMY stage. Shure Beta 181’s were used to mic the piano throughout the show.

Given the sheer amount of wireless used throughout the show, frequency coordination was pivotal to creating a seamless production for those in-person and tuning in from home. Managing the frequencies was Soundtronic’s RF Coordinator, Steve Vaughn, who comments:

For another year, Shure Axient Digital and Wireless Workbench® have proven the most reliable, quality solution at the GRAMMYs for managing and maximizing every frequency in a completely saturated RF spectrum in Las Vegas. This level of dependability is exactly what we have come to expect from our Shure gear.

Each year, Shure is proud to have our gear play an important role in helping cutting-edge artists bring their music to the world at the GRAMMY Awards. Congratulations to all the musicians, engineers, and technicians involved.